135
Yesterday, September 17, a strong storm hit the Bulgarian resorts of Burgas and Pomorie.
Wind gusts of over 100 kilometers per hour swept over the beach bars and uprooted hundreds of trees.
A furious wind swept dozens of boats and yachts into the sea.
The sailor fell overboard in huge waves and was barely rescued.
Roads are blocked by fallen trees and landslides.
Several villages in the area reported power outages.
Four people were injured in the hurricane.
Two women were injured in Pomorie after the collapse of the ceiling of an indoor swimming pool in a hotel.
A 16-year-old boy has a broken collarbone after being knocked off a trampoline by the wind.
In the same area, a woman received cuts from broken glass.
The situation has returned to normal, but the damage is huge, and it remains to be calculated how much it will cost. 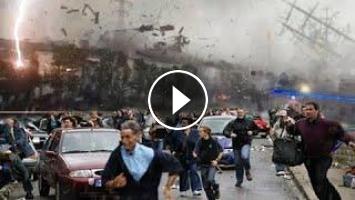 Yesterday, September 17, a strong storm hit the Bulgarian resorts of Burgas and Pomorie.Wind gusts of over 100 kilometers per hour swept over the beac...