135
A strong earthquake rocked the southeast coast of Taiwan on Sunday, September 18.
The quake\'s initial magnitude was 7.2, but the USGS later downgraded it to 6.9.
The earthquake struck at 2:44 pm local time, about 50 kilometers north of Taitung City at a depth of 10 kilometers.
The quake was felt throughout Taiwan, and buildings shook in the capital, Taipei.
The Taiwan Fire Department said all four people were rescued from a building that housed a store that collapsed in the town of Yuli.
Three people whose car fell off the damaged bridge were rescued and taken to hospital.
Six carriages derailed at Dongli Station in eastern Taiwan, and fortunately no one was hurt.
More than 600 people are trapped in mountainous areas due to road closures and rescuers are working to open roads.
The tremors were also clearly felt in the coastal regions of China, including Fujian, Guangdong, Jiangsu and Shanghai.
The Japan Meteorological Agency issued a tsunami warning.
Waves up to one meter high are expected to arrive around 4pm local time.
Recall that on Saturday evening in the same area there was an earthquake of magnitude 6.5. 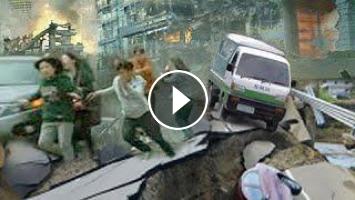 A strong earthquake rocked the southeast coast of Taiwan on Sunday, September 18.The quake\'s initial magnitude was 7.2, but the USGS later downgraded...