Buildings were evacuated, as walls moved due to the force of the tremors.

Tremors were felt in many parts of the country, including Mexico City.

Authorities are continuing to assess the extent of the damage, with shelters being set up.

This is the latest in a series of strong earthquakes in the Pacific Ring of Fire, following ones in Taiwan and Papua New Guinea. 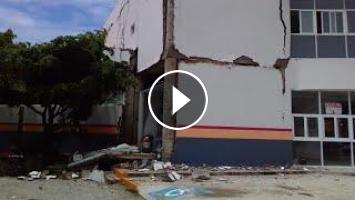 A 7.6 magnitude earthquake hit Michoacán, Mexico today, on September 19th 2022.Buildings were evacuated, as walls moved due to the force of the tremor...